Captain Gareth Cross says that his Clifton CC side are relishing their first ever Lancashire Knock Out Cup Final, sponsored by Heineken, on Sunday.

Clifton will travel to Ormskirk to take on Darwen CC and one certainty is that there will be a new name on the trophy, as Darwen, twice finalists themselves, are also yet to lift it.

Clifton has a rich history, established in 1874 and a founding member of the Greater Manchester Cricket League, in which the club currently sit third.

After coming through a couple of tight ties in the earlier rounds, Cross, formerly of Lancashire Cricket Club, is confident that his side can fulfil their seasons ambition on Sunday.

"At the start of the season one of our aims was to win a trophy," he said. "This is obviously the biggest trophy that is out there for us. We're quite a small club compared to a couple of the others involved in this competition and we're happy to be in the final.

"We've got a good, young team and the players are all really looking forward to it. Hopefully we can play well and do ourselves justice on Sunday.

“We edged past Nelson in the first round, we probably should have been beaten that day, they only needed one from the last ball – but it just shows that we manage to stick in there and hold our nerve.

“Then, in the semi-final at Northern, the only time that we actually looked like winning the game was the last ball that we won it on. We have a team that will always keep on going until the end."

Alongside skipper Cross, who played 73 first-class and 100 T20 matches for Lancashire, Clifton have a couple of names that will be familiar to supporters of the Red Rose.

But, who does Cross believe could play a big part in the final?

“Adam Holt opens the batting with myself in cup competitions," he explained. "Adam's been a consistent run scorer for Clifton now for three seasons. We always try to look to get off to a good start if we can and he plays an important role at the top of the order.

“We have a very strong bowling attack, with six or seven bowlers that can all bowl nine overs. We have Liam Hurt, currently of Lancashire, and Steven Cheetham, formerly of Lancashire, who are our main pace bowlers."

Reaching the Lancashire Knock Out Cup Final is always a proud achievement for any club and Cross believes that his men will be backed by a good travelling contingent from Greater Manchester.

“The Club have put a bus on so we’re expecting a couple of coach loads to come and back us at Ormskirk," he added. “It’s the first time that we’ve got this far, so we’ll have a lot of support.

"Ormskirk are a great club and I’m sure that they will put a good day on for everyone - hopefully it's one to remember." 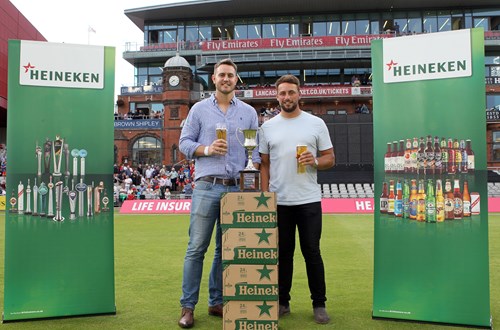 The Lancashire Knockout Cup Final takes place at Ormskirk Cricket Club, this Sunday 2 September with an 11am start.

Entry is free for 2018 Members who show their pass.