With over 40 children aged five to eight taking part in their weekly All Stars Cricket programme on a Friday night and hosting an ECB Women’s Soft Ball Cricket Festival, Southport Trinity Cricket Club is a thriving hub for cricket in the community this summer.

The club also boasts four junior and three senior sides and expects numbers to continue to grow as they expand their youth section to an Under 18 side, from next season.

Unfortunately the growing members of Southport Trinity are currently forced to use portacabin changing facilities, portacabin toilets and a makeshift portacabin bar, following an arson attack on their newly renovated clubhouse ahead of the start of the season in April.

But the fire hasn’t dampened the spirits at the club and all connected appear more determined than ever to continue their rise. 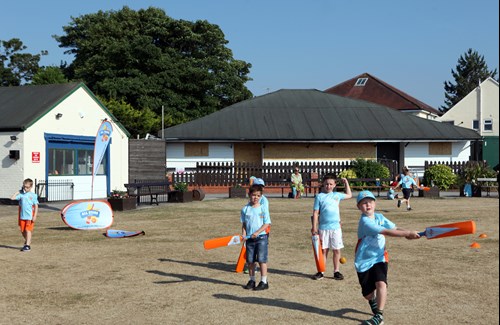 Jonny Firth, player and volunteer at the club said, “It’s been a painful process since the fire. We’d just spent £3,000 of our money to refurbish the clubhouse to try and increase the club’s revenue.

“The aim was to then improve our playing facilities with new nets and scoreboards. Those plans have had to be put on hold, but fortunately we’re thankful to the Lancashire Cricket Foundation, and the ECB, for their assistance with the portacabins so that we can continue to function.”

While the All Stars enjoy their final week of activities, the club is delighted with the scheme and Jonny says that they are already reaping the benefits in just the second year.

“The All Stars Cricket programme has enabled us to now have an Under 9’s set-up, without it we would have struggled for numbers – you can already see the interest in cricket growing for the children and you can spot the ones who are going to go on and progress through the ranks.

“At the end of this year’s programme we’ll take all of the children to Emirates Old Trafford for a Vitality Blast match, it’s important for the children to see the professionals of the sport that they have been learning, live and in action.

“Six years ago we didn’t have a junior set-up at all, we just had two senior sides. Now we’ve been able to expand to three senior sides and four - soon to be five - junior sides.

“We’re very fortunate that even despite the fire, all of the parents have continued to support the club and they can see what we are trying to do and the vision that we have for the club.”

During a time when cricket club’s membership is dwindling, what is it about Southport Trinity that is attracting constantly growing numbers? 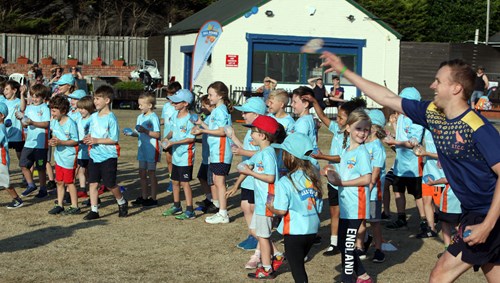 “We’re very much a community club,” explains Jonny. “We try and have a personal touch with each of our members, all of the mums that are here for All Stars are helping to run the so-called bar that we have put together and we’ve even got the BBQ on.

“Though the session will finish at seven, the parents will all stay down here and get involved in the social aspect of the cricket club. We’re very close-knit.”

Southport Trinity, the oldest club in Southport, are based at The Rookery and play in the Liverpool & District Cricket Competition.