Carnforth Cricket Club is situated at the North East end of Morecambe Bay. The club’s junior and senior sections play in the Westmorland Cricket League and form part of the Lancaster & Morecambe Cricket Development Group. It’s fair to say that Carnforth is a relatively small town with a population of 5000 to 6000 people serviced by a Secondary School and cluster of three local primary schools and neighbouring village schools. The Cricket Club play a key role within the local and wider community having enjoyed success on and off the field in recent years, we take a look into that success along with the journey that has been taken to get there.

Junior membership continues to increase, and in 2019 ECB Clubmark was re-accredited, highlighting a commitment to being sustainable, well run and providing the right environment for members and their families. Junior membership fees are ring fenced and the money goes straight back into the kids themselves. This is important to the club and ensures the 60+ kids taking part in teams at U9, U11, U13 and U16 level have the most up to date equipment and coaching aids. Junior cricket night is a Friday and is designed to be as family orientated as possible. There is an importance placed on the involvement of women and girls, both as players in their own right and their connection to the family. The girls section has added something special to the club with more people involved than ever before, both playing and socially, men and women supporting each other. The Ladies section and the girls section, each have their own female coaches.

This summer the 1st XI won the league and cup, retaining both titles from the 2018 season.  Alongside that the 2nd XI won the second division, becoming only the second 2nd team to achieve this in the history of the league. The women won both competitions that they entered and the U13 girls travelled to Liverpool for a competition and won it. There is a positive feeling throughout the club, with a clear understanding of the desire to win trophies whilst at the same time, realising the importance of participation and community involvement, all of which is driven by a committee of people who all have designated roles and know what they are, lots do lots rather than a few doing it all. 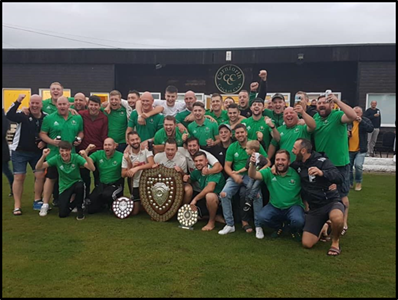 2019 also saw a number of facility developments, none bigger than the toilet and female facilities being upgraded and disabled facilities installed. This was seen as an area holding the club back. The project, that saw a complete refurbishment of the toilets, central space, umpires rooms and club entry areas, was funded by Sport England (£10k), Bridges Trust (£2k), Council (£1k), Rotarians (£500), Westmorland League (£500) and an ECB Loan (£7k). Whilst some of the work was contracted out, once the membership saw the impact, they took it upon themselves to volunteer their time and effort to further refurbish the club. Many of the players are tradesmen and they gave up their time to install a new suspended ceiling with all new modern lighting, refurbish the kitchen and fit new carpeting and flooring throughout the pavilion. The beer cellar was gutted and re-built with new modern fittings. The outer cladding of the pavilion is an ongoing project, with some sections being re-built and all being re-painted. One thing is clear, everything is being done to a professional standard.

Carnforth CC also accessed the Cricket World Cup Grant of £1,000, enabling them to buy a projector and screen for showing live sport and supporting coaching practices.

These improved facilities have allowed the club to fundraise in a sustainable way.  The social committee leads this, it is a separate group of people from the main committee who run events such as coffee mornings, race nights, band nights, bingo, charity fundraisers and functions (christenings, birthdays, funerals etc).

Next up for the club is the reconfiguring of part of the non-playing area to enhance the social space and player experience, including a new flat screen scoreboard. To finance this, the club made a successful application for £24,000 to the Vera Wolstencroft trust, a local charity that funded the development of the changing rooms a couple of years ago. This work is currently being carried out and will be finished in time for the new season. 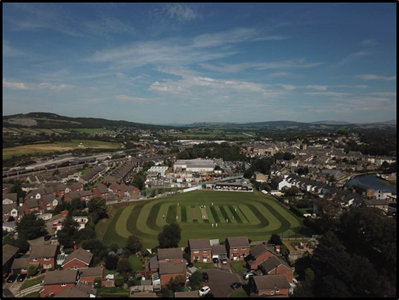 Carnforth CC had been in the North Lancashire League before moving into the Northern Premier League. However, in 2012 they left the league following a consultation between members and the committee. The feeling was the club wasn’t sustainable at that level for now and were losing money and members. To give further, temporary, consolidation they also discontinued the 3rd team.

From 2013 the club joined the Westmorland League and stopped paying players.  They were put in divisions 4 and 5 of this competition. This was a devastating outcome for the club as it was a much lower standard than their playing strength warranted. As a result of this, understandably, several of their best players left the club. With hindsight this was the best thing that could have happened. This outcome galvanised the remaining members, creating a 'Backs to the Wall' environment.

The teams had immediate success. Even though the success was at a lower level, it created a good feeling around the club, an enthused set of players with a desire to play at an appropriate level and all with the well-being of the club at heart. Most members live locally or have that association, and this lends itself to an, all in it together feel. Once they began to climb into the higher divisions of the Westmorland League some of the old players started to come back.

In 2014,  the 3rd team was restored and the league agreed to allowed them to play home matches on a Sunday, this was important to the club in getting all home fixtures played on the main club ground with its excellent playing surfaces; good pitches lead to good cricket and this is discussed more later. There was also a link made with Carnforth High School who now play home fixtures at the club mid-week, showcasing the club’s facilities to these young people 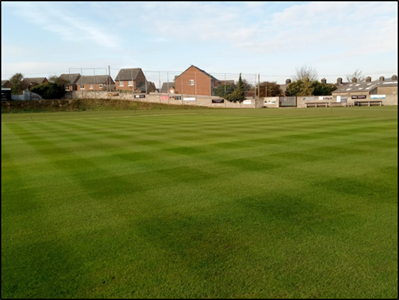 The club treasurer has a tight rein, spends within his means and invests in the club’s future - things are more transparent than before with clear budgets as to how the club spends its money. The club now employs a groundsman, bar staff and cleaner, this allows the club to flourish on the field and via events off it.  Members have started to give back to their club. This is due to the atmosphere that has been created, the vibrancy and pride within the club has meant players don’t have to be asked to contribute, they just do it which adds further to the community feel. The club makes extensive use of social media to engage with the local community. This has led to more people coming to watch matches and attend functions. When they see our new facilities it often leads to them booking the pavilion for their own events. The revenue from these new income streams is ploughed back into the club, enabling us to further improve our facilities.

A scheme the players themselves came up with is, that everyone is expected to give four sessions each season back to the junior section (coaching, umpiring, scoring) or they get fined by their peers as part of the social post game fines committee.

A summary of the club’s ethos on building volunteers gave the example of joining a gym, “you wouldn’t be asked to fix the showers following your workout” but if you create a sense of ownership, one that we know cricket clubs can do, then members “will do it without you asking”.

There is a desire to constantly improve the facilities at the club and the club recognises the importance of playing on good surfaces. In 2012 the club decided to dispense with the services of a professional. However Carnforth also decided to continue to employ a groundsman, enabling us to produce the best pitches possible, regardless of the standard of play, secure in the knowledge that this helps to keep players in the game. This is also a key to taking your club forward from a player’s experience point of view, a good pitch will improve all cricketers (bat and bowl) but more importantly will keep players in the game. It’s no use having a good pro dominating a game on a poor pitch, it turns players off. 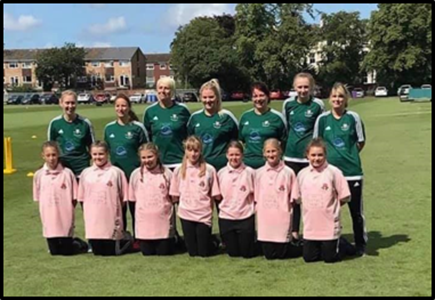 In 2019 Carnforth CC were rewarded for these initiatives, when they were asked to host the Lancashire Women 1st XI Royal London Cup match against Nottinghamshire. The club were proud to be asked to stage this fixture and it turned out to be a most memorable day. The sun shone and a large crowd attended, creating an unbelievable atmosphere that was enjoyed by both players and spectators alike. The fixture added further interest, particularly to the women and girls’ section and generally raised the profile of the club within the community.

This community engagement extends to schools with Cricket Development Coaches from Lancashire Cricket now going into the local Primary schools. The club also produces flyers that are distributed in schools and posted in community spaces. This, along with the showcasing of success in 2019, should lead to even more people accessing the club in 2020, particularly children and their families.  The club are being proactive in this respect and have nine people attending the ECB Foundation One Coach Education Course this winter.