A brilliant second wicket partnership of 134 between brothers Rob and Alex Rankin guided the Liverpool Competition side to victory, with 3.2 overs to spare at Emirates Old Trafford.

After the loss of George Politis (2) in the third ,over who went leg before to Fergus Bailey, the brothers then saw off two dangerous spells from Bailey and Bharat Tripathi before they started to score freely.

Rob Rankin playing the more aggressive role out of the two hit four sixes including one to bring up his 50 in the 27Th over.

The pair continued to dominate the Burnley bowlers which saw them bring their 100 partnership in 142 balls. 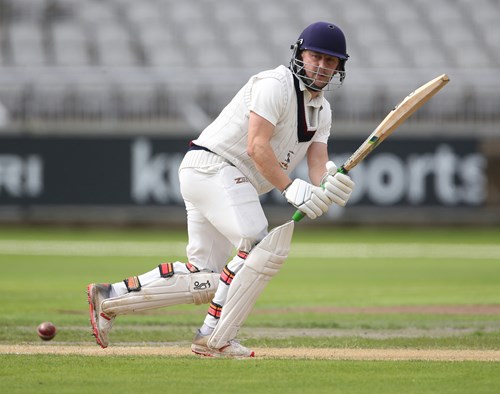 Alex, then followed his brother in reaching his half century off 84 balls, before he found Joey Marshall at deep cover off the bowling of Chris Holt for 59.

It took an excellent caught and bowled from Tripathi to remove Rob Rankin who eventually fell for 91 with the score on 171.

Knight described the occasion as ‘special’ and after Ormskirk’s previous final in 2017 against Lowerhouse was rained off he said: “I was having nightmares after we got rained off in 2013 at the Oval in the national T20 and here in 2017 so as soon as I woke up and saw the blue skies I was buzzing.”

Knight was thrilled with Ormskirk’s batting performance and added: “We did well early on it was a good opening spell but we knew if we batted close to 45 overs we’d be fairly comfortable to win the game.” 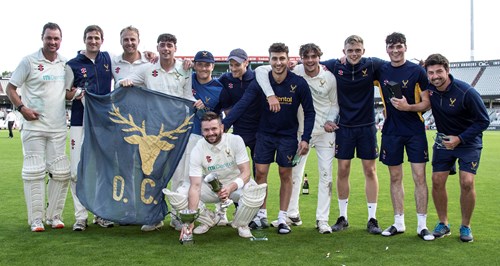 Earlier in the day Burnley captain Dan Pickup won the toss and elected to bat.

Openers Matt Roberts and Joey Marshall got Burnley off to a steady start after an impressive opening spell from Sam Marsh and Joshua Thompson.

But two quick wickets from Marsh saw Marshall (6) fall in the 11th over then Roberts (16) in the 13th resulting in Burnley slipping to 31-2.

The Ormskirk seamers continued to restrict the Burnley top order and the introduction of Barnes and Lees brought two more wickets as Chris Holt (3) and Chris Burton (1) were both dismissed, leaving the Lancashire League team 49-4. 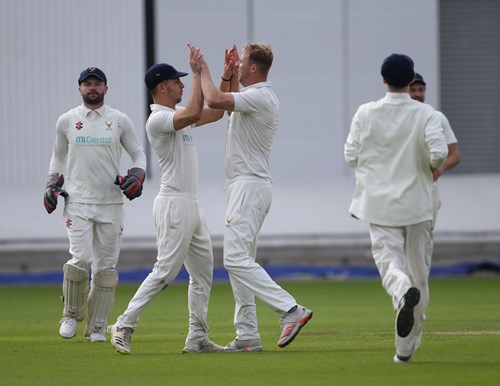 Qasim Shah joined Burnley professional Ockert Erasmus at the crease. The pair went on the counterattack and added 71 with their 50 partnership coming up in just 50 balls.

But shortly after, Shah attempted a slog sweep of the bowling of Harvey Rankin and found Robert Rankin at deep square leg.

Joe McCluskie joined Erasmus who reached his fifty off 56 balls, finding the boundary four times. With the score on 125-5, Ormskirk picked up two wickets for just 12 runs.

Opening bowler Josh Thomson returned for a second spell and had McCluskie (1) caught down the leg side. 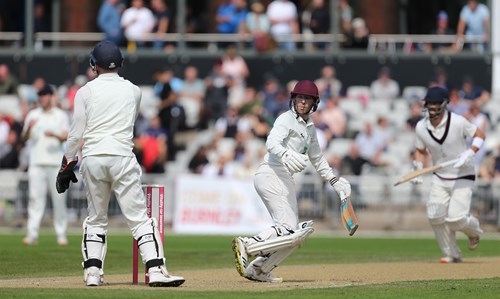 Burnley captain Dan Pickup (6) soon followed as he was bowled by Harvey Rankin who picked up figures of 3-48 from his 9 overs.

Harry Tomlinson (26) came to the middle and added 24 with Erasmus before the South African was dismissed by a fantastic stumping from Gary Knight off Rankin falling a well made 67.

Two late wickets from Lees and Thomson removing Tripathi (4) and Tomlinson off the final ball of the innings saw Burnley make 188 in their 45 overs.