Throughout September, we're celebrating #WomensCricketMonth by profiling a series of clubs across Lancashire who are currently hosting women's and girls' cricket activity... next up, it's Bee United

Established women's and girls' set-up since: Bee United Women’s Team made history in Lancashire by becoming the first South Asian Women’s Team in the entire county. Formed in March 2019, the team consists of students, housewives and professional ladies. The team was put together by Coach Kay Baig following her coaching sessions programme which she delivered for Lancashire South Asian Core Cities programme in January 2019. As part of the initiative South Asian women and girls were invited to have a go at playing cricket. These ladies had never played cricket before in a team but had the passion to play cricket, so a team was formed

Goals for the future: Before lockdown Bee United had started to recruit more ladies to the team to develop more softball teams. They will continue to play in tournaments and leagues with a view to transitioning to hardball cricket. These ladies play cricket for fun as part of their passion for cricket and fitness and those that would like to play more professionally would be encouraged to join an establish club

How to get in touch and give cricket a go?: Contact Coach Kay Baig Tel: 07803 005021 or visit their Facebook Page: facebook.com/buwccxi/ for more information 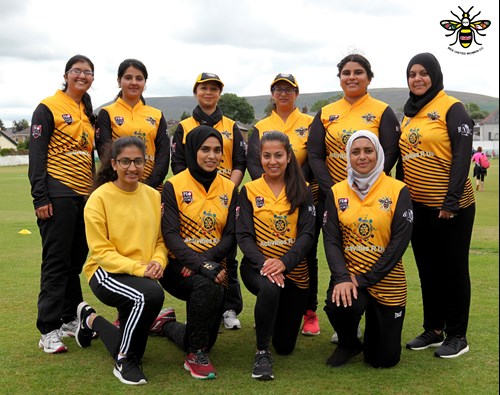