Throughout September, we're celebrating #WomensCricketMonth by profiling a series of clubs across Lancashire who are currently hosting women's and girls' cricket activity... next up, it's Ribble Valley Vipers

Current women's and girls' offering at your club: Hardball. They have close links with the junior Salisbury's Scarlett's teams, many of whom have progressed up to the Vipers set-up in recent years

Established women's and girls' set-up since: The Vipers were formed in 2016 as a district team to provide opportunities for women and girls to play cricket in Lancashire. Individual clubs in the district had attempted to form women's teams of their own, but were struggling for numbers. In 2015 very little women's cricket was played in the Ribble Valley and players were being lost, through a lack of opportunity. By joining together as a district team the Ribble Valley Vipers were born

Goals for the future: The Ribble Valley Vipers is a district hub team with the main aim being to provide a pathway for girls and women into Hardball cricket, as well as developing a sustainable future for the women's game within the Ribble Valley. Over the last four years the Vipers have evolved into a well-established team and are now on the brink of being able to have a 1st XI and a 2nd Development XI. Next season, they hope to enter a team into both the First and Second Division T20 competitions, as well as playing more 40-over fixtures.

How to get in touch and give cricket a go?: 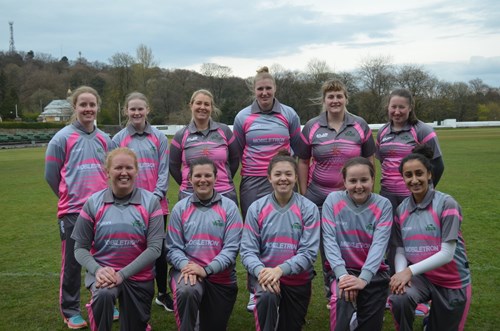